How to Transition Your Baby From Bottle to Sippy Cup

Trust us: Your kiddo won’t be toting a bottle to kindergarten.

As a parent, there are so many timelines and milestones to keep track of. It’s enough to make your head spin. And while you know there will come a time to say bye to the bottle, it’s not always easy to know when and how to make the switch. Try these tips to help make the transition to a sippy cup as seamless as possible for your child–and you. It’ll require a few clever tactics (and a teensy bit of patience).

At around six to nine months of age your baby is likely ready to make the switch, says Carrie Brown, MD, a pediatrician at Arkansas Children’s Hospital and the University of Arkansas for Medical Sciences. “At this age, children can sit up independently and manipulate objects with their hands,” she says. “They are observing how children and adults around them eat and drink, and they develop a desire to do the same.” That drive to be like the “big people” will definitely work to your advantage in getting them to feel comfortable leaving their bottle behind.

In addition to the sippy cup, you also have the option for a straw cup for your kiddo—a version that many speech therapists adore because it builds up the muscles in the lips, tongue, and cheeks that can help your baby when it’s time to say their first words. “Sippy cups and straws use different levels of strength and muscles in the child’s mouth,” Brown says. “Sippy cups are typically easier to begin the transition from bottle or breast, but a straw is going to be more functional and socially acceptable as the child ages.” You can start with either to see how your child does, or slowly introduce a straw cup after your baby has the hang of using a sippy cup first.

When you’re looking for a straw or sippy cup, start with one with handles to make it easy for a beginning gripper to hold on tight. Look for an easy-flow (though still spill-resistant) spout to keep messes to a minimum. (The OXO Tot Soft Spout Sippy Cup is leak resistant with a simple silicone spout.) As your child gets the hang of it and a little more sure of their grip, you can graduate to a cup without handles.

To help keep your cups clean (even when you…ahem…find a week-old sippy cup that rolled under the sofa or the car seat), invest in a set of cleaning tools that help scrub the ick out of every nook and cranny.

Amp up the excitement.

Transitions and change can be tough for kids, so focus on making sure this change feels good. Your kiddo will probably already be thrilled with the opportunity to mimic what they see everyone else doing, and you can help reinforce that. One way to make the change feel like a big deal: Offer the straw or sippy cup at mealtime, filled with water or their milk or formula. A round of cheers at the table can help make this feel like a fun and exciting change. Still, be mindful of your liquids: “Do not use juice or other liquids to try to entice a child to use a sippy cup,” says Dr. Brown. “Drinking from a sippy cup should be an enjoyable, but not a forced experience.”

You don’t have to go cold turkey on the bottle. Start by replacing the bottle with the cup at one meal time, then gradually offer the sippy cup at every meal, and when your baby’s playing. As those transitions get easier, then replace sleep time bottles with sippy cups—first with the afternoon nap bottle, then finally with the bedtime bottle (that’s when you’re likely to face the most resistance so do this last). Just don’t leave the cup in bed with your baby—they should never use a sippy cup unattended.

Your baby’s making a lot of big changes right now, like transitioning to solid food and learning to get around on their own. Remember: You know your child best. Gauge when it makes the most sense to introduce this type of change into their routine. If your baby’s not interested in the sippy cup now, Dr. Brown suggests just taking the cup away and reintroducing it a few weeks later. Repeat as often as it takes until they’re interested. Eventually, they’ll be a sipping champ so don’t stress out if it doesn’t happen right away. Take heart in knowing it will happen, and you’ll be saying bye-bye to the bottles for good in no time.

Play
A Sippy Cup that transitions into a Big Kid Cup. 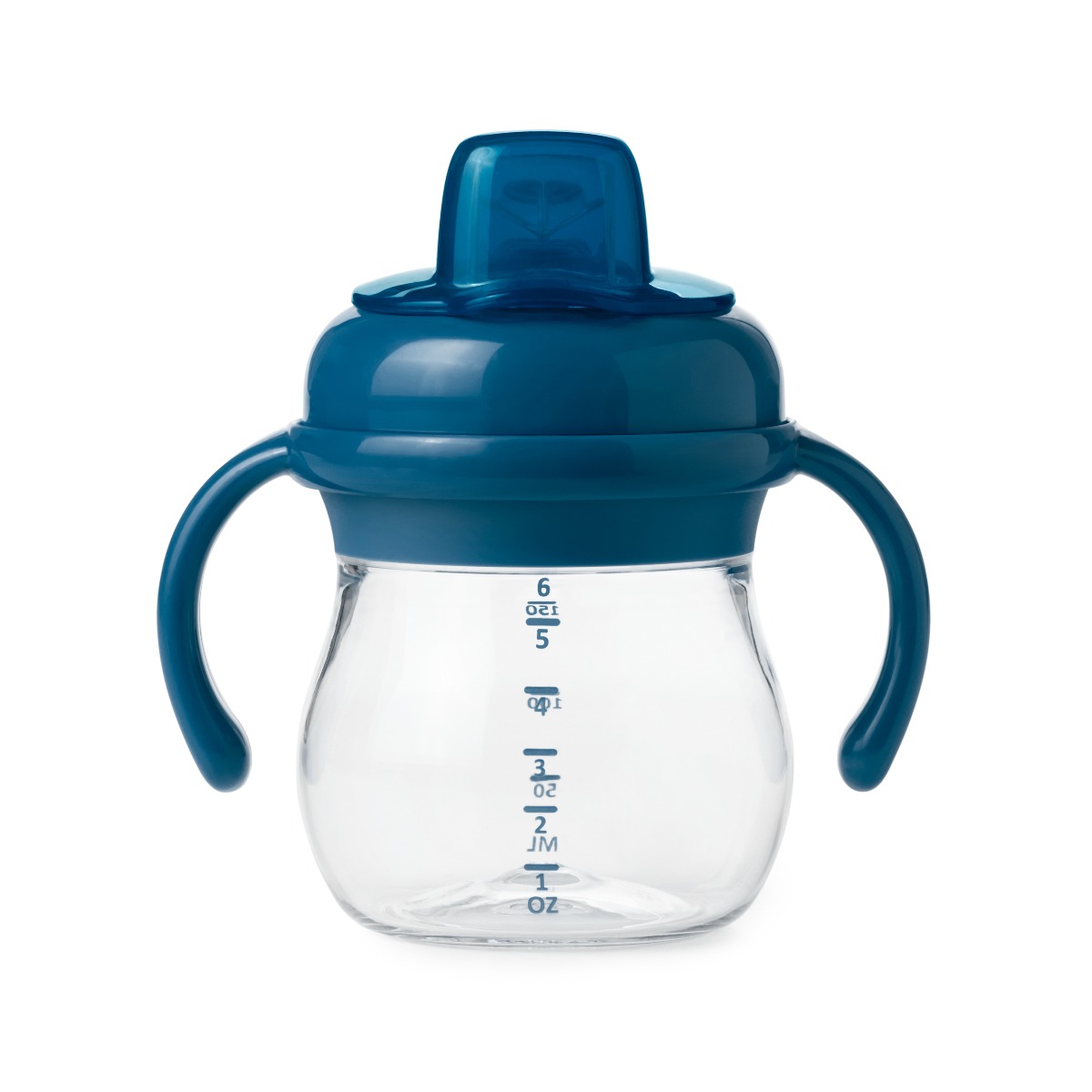 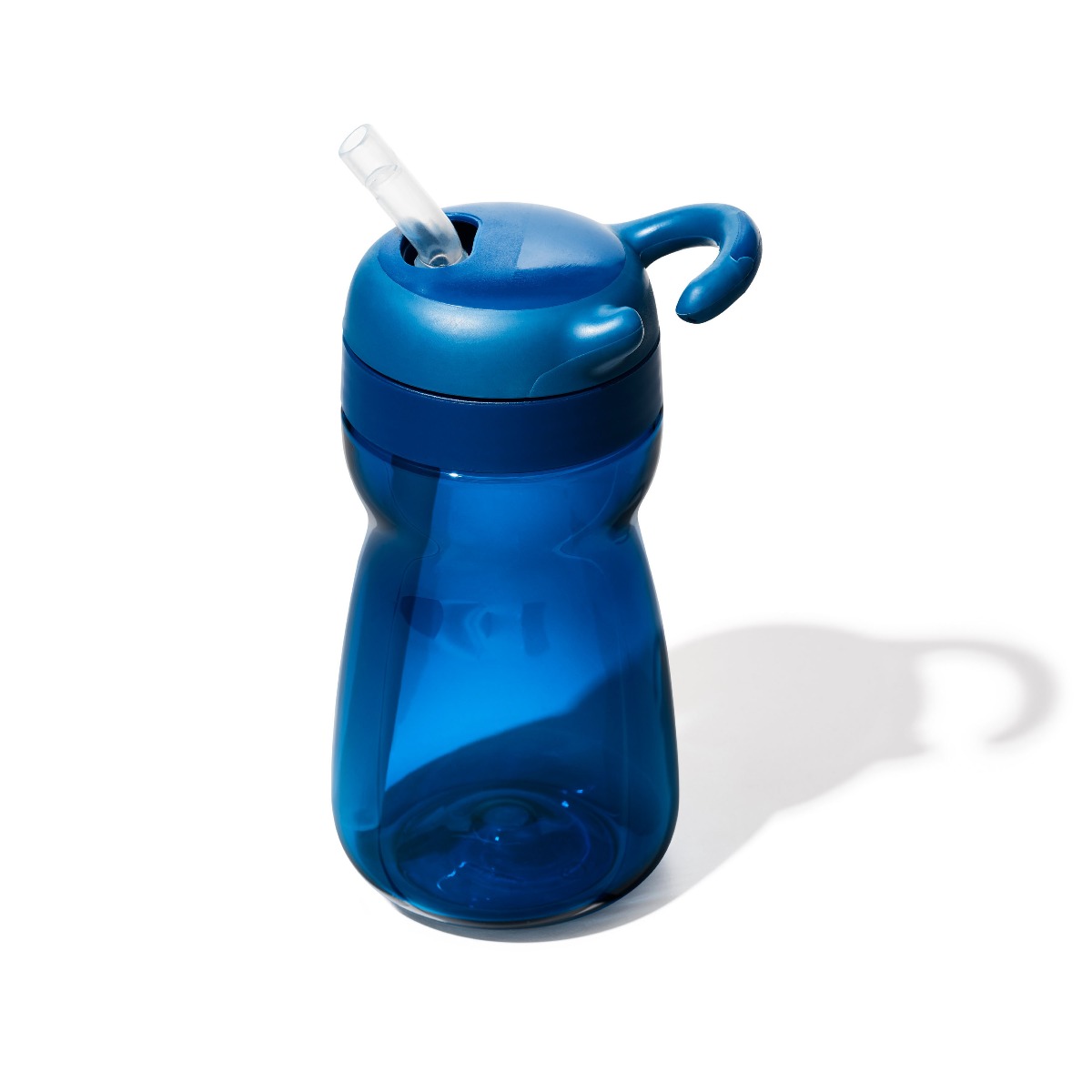 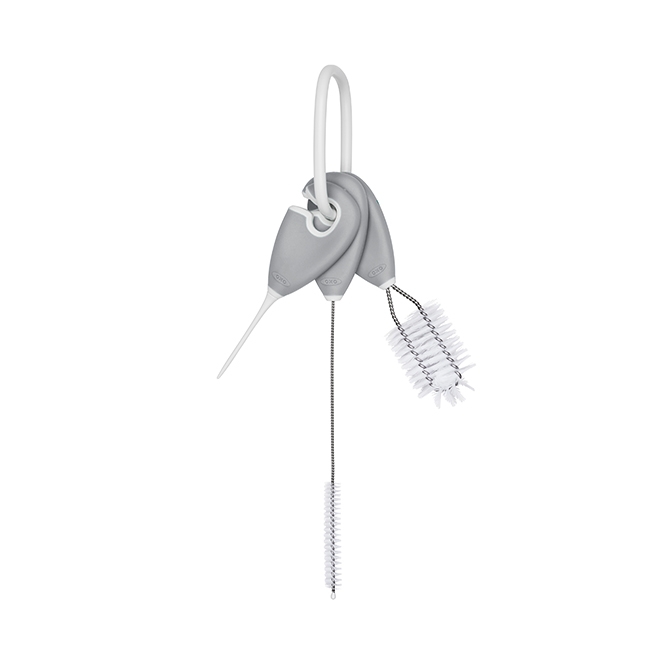 What to Pack for Your Child’s First Day of Daycare

Signs Your Toddler Might be Ready to Start Potty Training

Ready… or Not? How to Tell if It’s Time to Potty Train Your Toddler

Thanks for amazing content. I think it is very helpful for new born babies.The post is very informative and creative. I Loved it.Carry on

Great post,thanks for sharing ,My son just turned one. i have been looking for non spill cup for my daughter and thought of buying this https://www.sophielagirafe.ca/non-spill-cup-mascotte.html.html cup but after reading your post i need take a second thought., .,really looking for forward to read more.