The Most Commonly Asked Questions About Brewing Coffee at Home

Get the full scoop on fun coffee facts—from caffeine content to surprising uses for the grounds.

When a cup of coffee is part of your daily routine, you probably don’t stop to ponder it in a deep, meaningful way. So there are likely a lot of facts you don’t know about this wondrous bean, from potential health perks to best ways to clean your brewing machine. We’ve got the answers to 20 popular questions about coffee, right here.

How Many Ounces Are in a Cup of Coffee?

Technically, a cup is 8 ounces. But depending on your brewer, a cup of coffee can be anywhere from 4 to 10 ounces. Our coffee machines define a cup of coffee as 5 ounces (with the exception of the French press, which defines a cup of joe as 4 ounces). If you have any remaining in the pot, use it in one of these tasty recipes that call for leftover coffee.

How Many Scoops of Ground Beans Should I Use Per Cup of Coffee?

If you like strong, robust coffee flavor, one scoop (two tablespoons or 16 grams) of ground coffee beans will do the trick. If you like your coffee on the weaker side, try a half scoop (one tablespoon or 8 grams) per cup. OXO coffee makers come with a scoop that is equivalent to approximately 8 grams of medium-ground coffee. For the most precise measuring, we recommend using a scale. And don’t forget: The quantity of beans is just one factor in brewing the perfect cup. The type and temperature of water also impacts flavor—these tips will help you get it just right.

How Do You Clean Your Coffee Maker?

Can You Make Coffee Without an Electric Coffee Maker?

Yes. In fact, the pour-over method involves pouring hot water over the grounds in a filter, and letting it steep. If you want another option for a richer, thick body cup, consider a French press. Bottom line: There are multiple ways to make barista-level coffee at home—take a look at these different brewing methods to figure out which one is right for you.

What Is the Difference Between Coffee and Espresso?

It’s all in how you brew! Both coffee and espresso can be made with the same type of beans, but coffee is made by dripping or pouring hot water over the grounds while espresso is made using high pressure to force hot water through extra-finely ground beans, creating a stronger, more concentrated (and much smaller) cup of coffee.

How Much Caffeine Is in a Cup of Coffee?

Which Coffee Has the Most Caffeine?

The caffeine levels in a cup of coffee can vary quite a bit—and some coffee roasters have worked hard to create the most eye-opening (and caffeine-filled) cup of joe. For instance, Black Label Brewed Coffee has a whopping 1,555 mg of caffeine in every 12 ounce cup, but an average cup of coffee contains just 80 to 100 mg of caffeine, according to Caffeine Informer.

How Much Caffeine Is in Decaf Coffee?

It’s called decaf, but the decaffeination process only removes 97 percent of the caffeine, leaving trace amounts in the coffee. A study found that decaffeinated coffee contains between 0 and 7 mg of caffeine per eight-ounce serving.

How Is Decaf Coffee Made?

Soaking coffee beans removes some of the caffeine, according to the National Coffee Association. The soak happens before the beans are roasted and removes nearly all the caffeine from the beans. After that, simply need to roast, grind and brew the coffee however you prefer.

Most coffee is slightly acidic—with pH values between 4.85 and 5.13, according to research. Cold brewed coffee is less acidic than its hot brewed counterpart. Acidity is also affected by roast level—light roasts are more acidic than dark roasts. For the lowest acidity coffee, use a dark roast and cold brewing.

Is Coffee Good or Bad for You?

How Much Coffee Is Too Much?

If you’re someone who downs a daily pot of coffee, you might be overdoing it. Medical experts recommend keeping your caffeine intake under 400 mg per day—which equates to around four cups of coffee. If you’re drinking more than that and have insomnia, headaches or feel jittery, it might be time to focus more on quality coffee than quantity.

Does Coffee Stunt Your Growth?

There’s no evidence that coffee has any impact on your growth, according to Harvard Health. It’s true that caffeine can cause your body to eliminate more calcium, but research has found no connection with osteoporosis and bone loss.

The origin story of coffee isn’t exactly clear. Coffee was likely discovered in Africa or the Arabian Peninsula. There is an Ethiopian legend that Kaldi, a sufi in Ethiopia, discovered the beans after seeing a burst in energy by goats who ate them. What is known is that by the 1400s, a robust coffee trade was percolating in the region.

Why Is Coffee Called Joe?

There’s no clear answer for how the name evolved. Some think it may be a nickname created in the early 20th century by Navy men in response to the Secretary of the Navy, Josephus Daniels, who banned alcohol on ships. Thus, a “cup of joe” was the only creature comfort aboard the vessels during World War I.

Using old coffee won’t make you sick, but it may not taste as good as fresher beans that have been properly sealed and stored. (Light, temperature and exposure to air all impact how long your coffee’s flavor will last.) Get the full scoop on how to properly store your coffee to help keep it fresh for as long as possible. (This coffee container may just do the trick.)

What Are the Best Ways to Grind Coffee Beans?

There are plenty of different ways to grind coffee beans—using a coffee mill, a blade grinder, or a burr grinder is the most common. However, most experts agree that the burr grinder is the preferred method for grinding coffee beans. It grinds the coffee between two serrated rings, allowing you to get a more even, consistent grind. (Blade grinders tend to heat up the beans and give your final product a scorched flavor. They also produce inconsistently sized grounds, which will impact getting an even extraction.)

How Should You Store Ground Coffee?

Air is the enemy of your coffee grounds (and beans), causing it to go stale faster. Coffee aficionados recommend using ground coffee immediately after grinding, but with proper storage, it can last a few weeks before totally losing its flavor. To store correctly, keep ground coffee in an airtight and watertight opaque container at room temperature. (Exposing it to light, heat or moisture can impact flavor and freshness.)

Some people swear by storing ground coffee in the freezer, as colder temperatures have been shown to help extend the freshness of coffee, but if you’re constantly bringing the coffee in and out of the freezer, the shifts in temperature could impact the flavor and freshness as well. Bottom line: The best storage is one that protects your ground coffee from the elements.

Are Coffee Grounds Good For Plants?

Coffee grounds contain chemicals like nitrogen, calcium and magnesium that help with plant growth, and they help encourage the growth of microorganisms that are beneficial for your plants. If you compost, coffee grounds are a great addition. Or you can add them straight to your garden soil. Other helpful ways you can use coffee grounds include placing them in your fridge to keep it from smelling musty.

How Long Does Coffee Last in the Fridge? 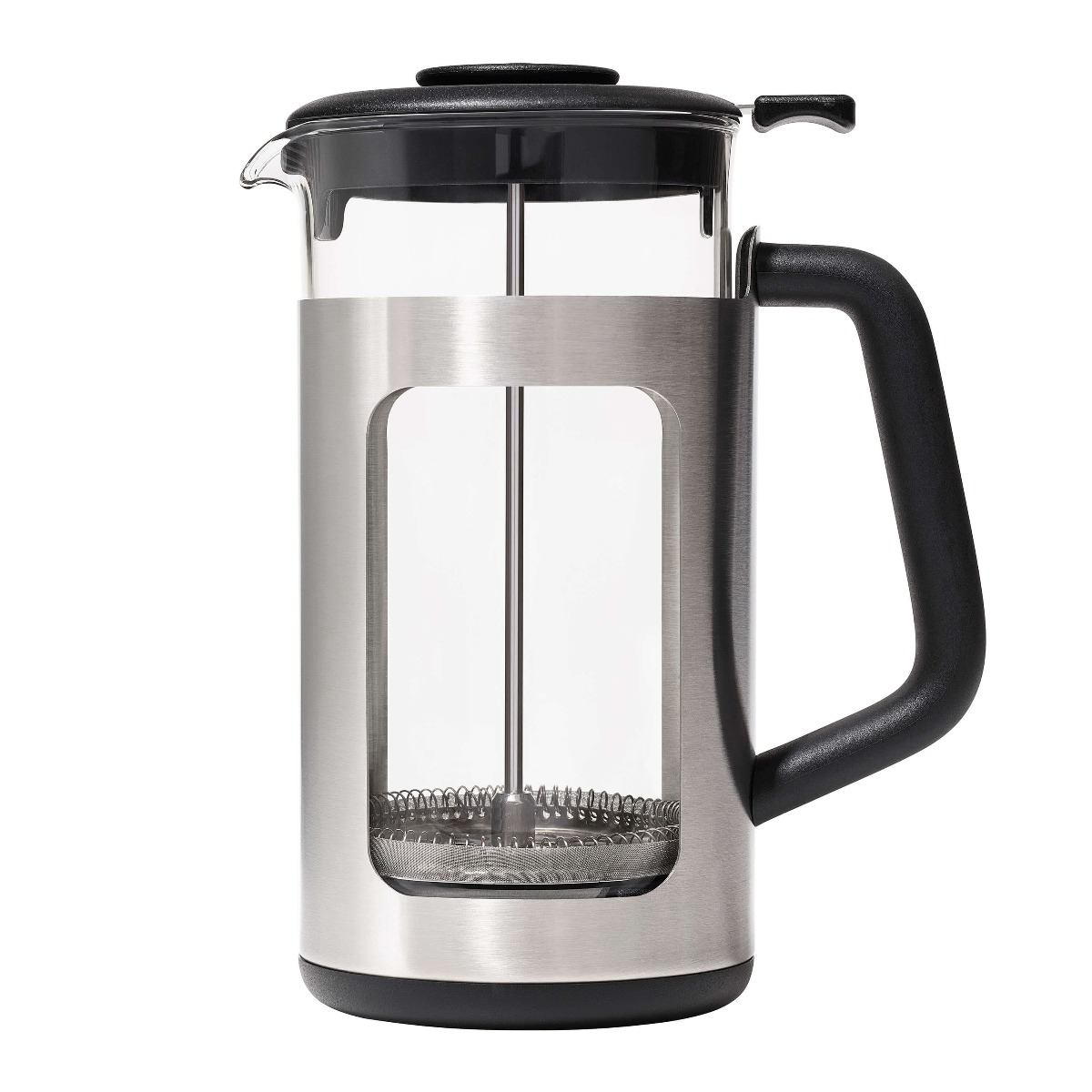 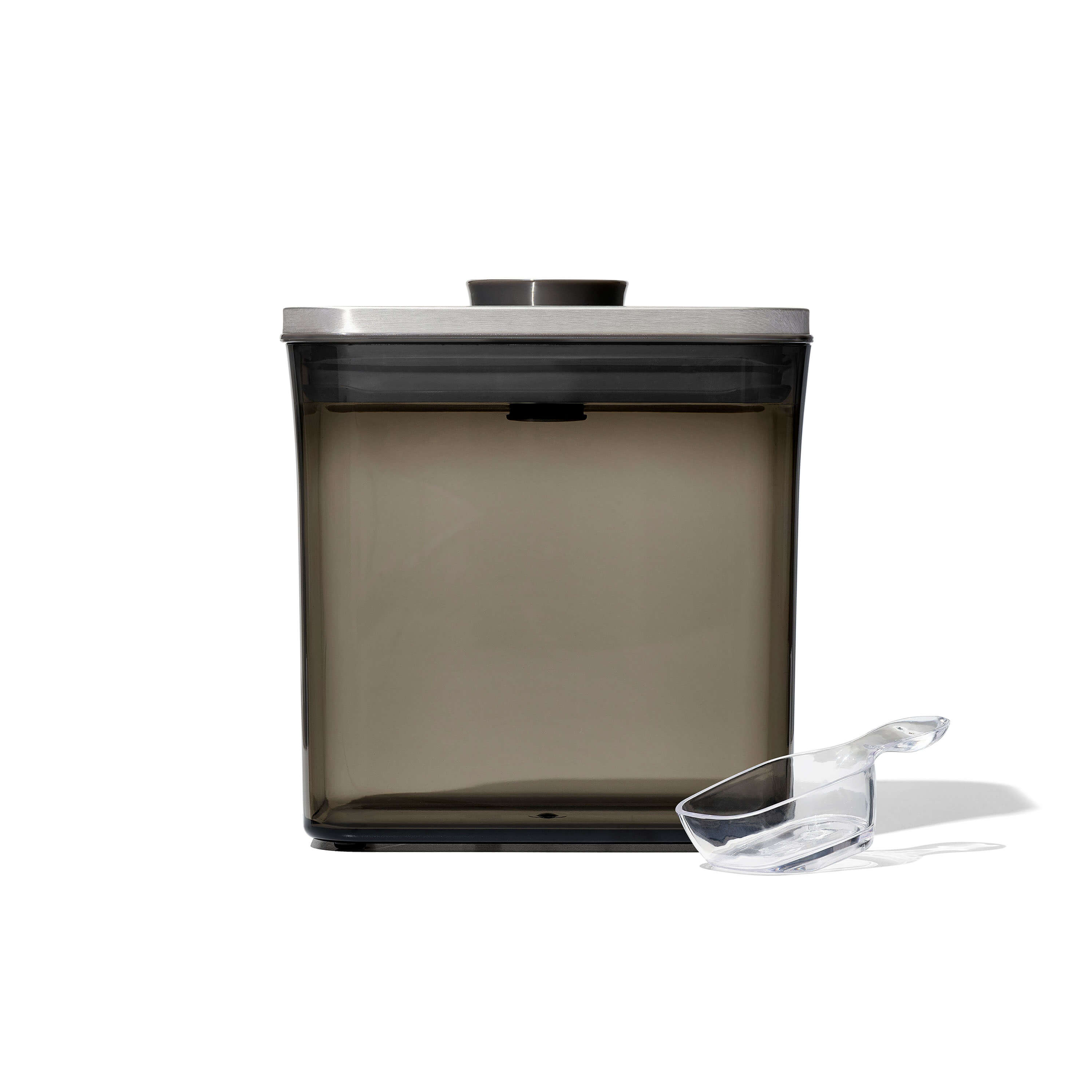 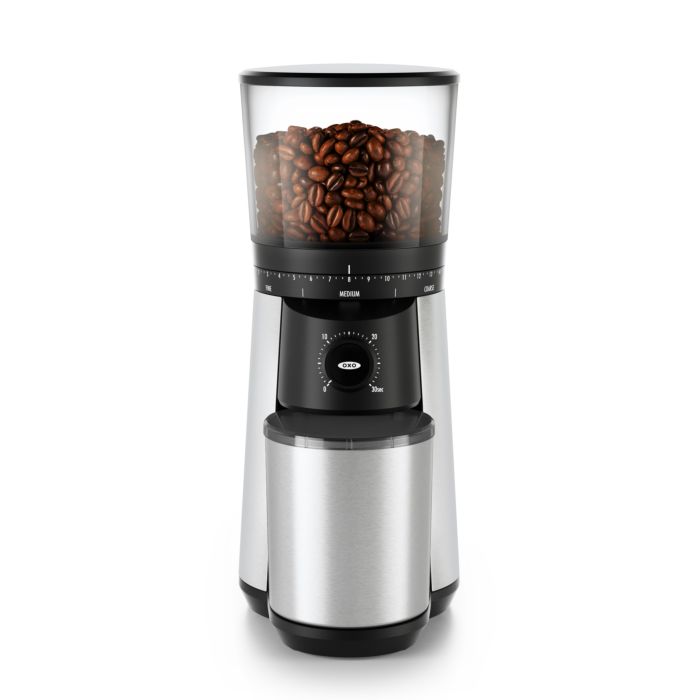 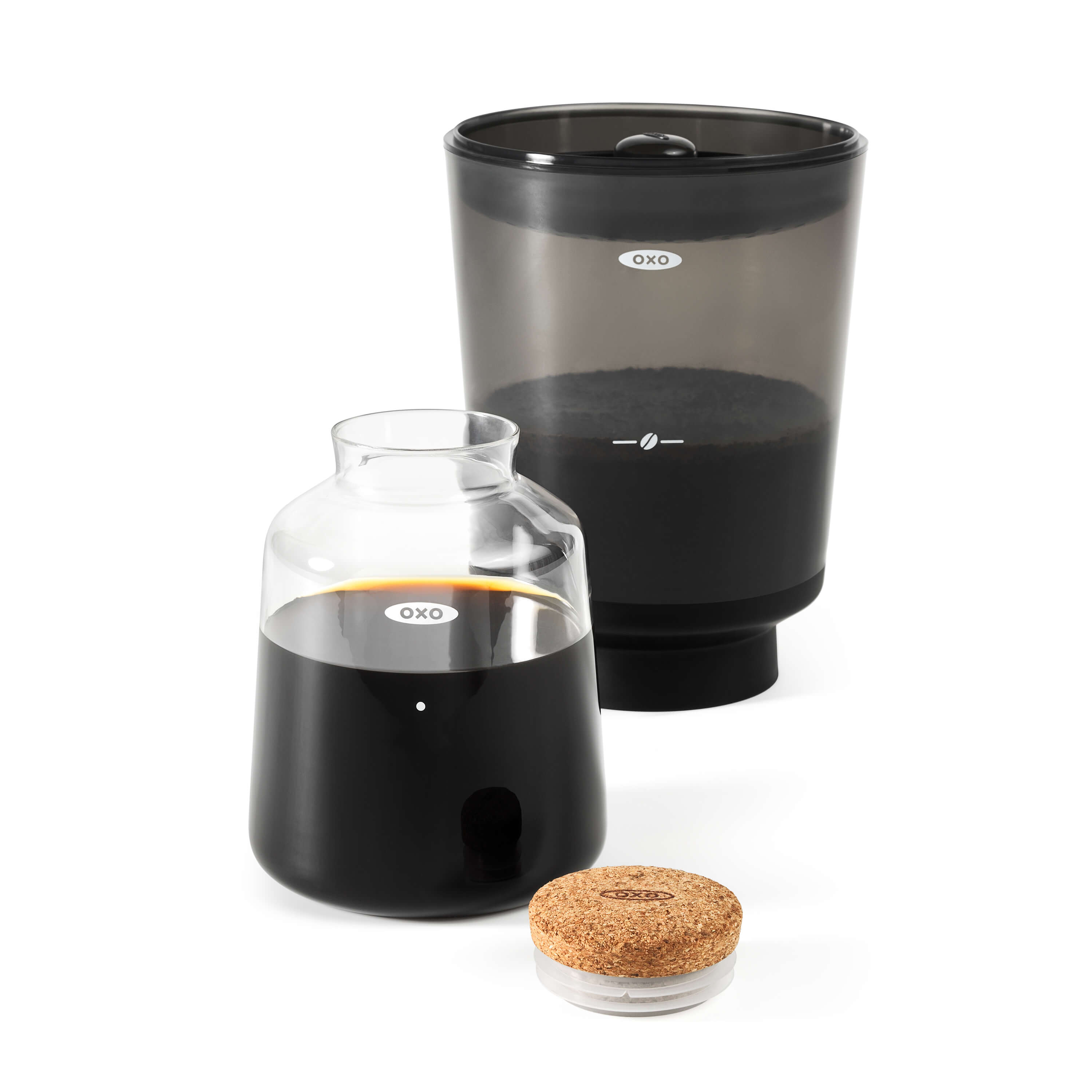 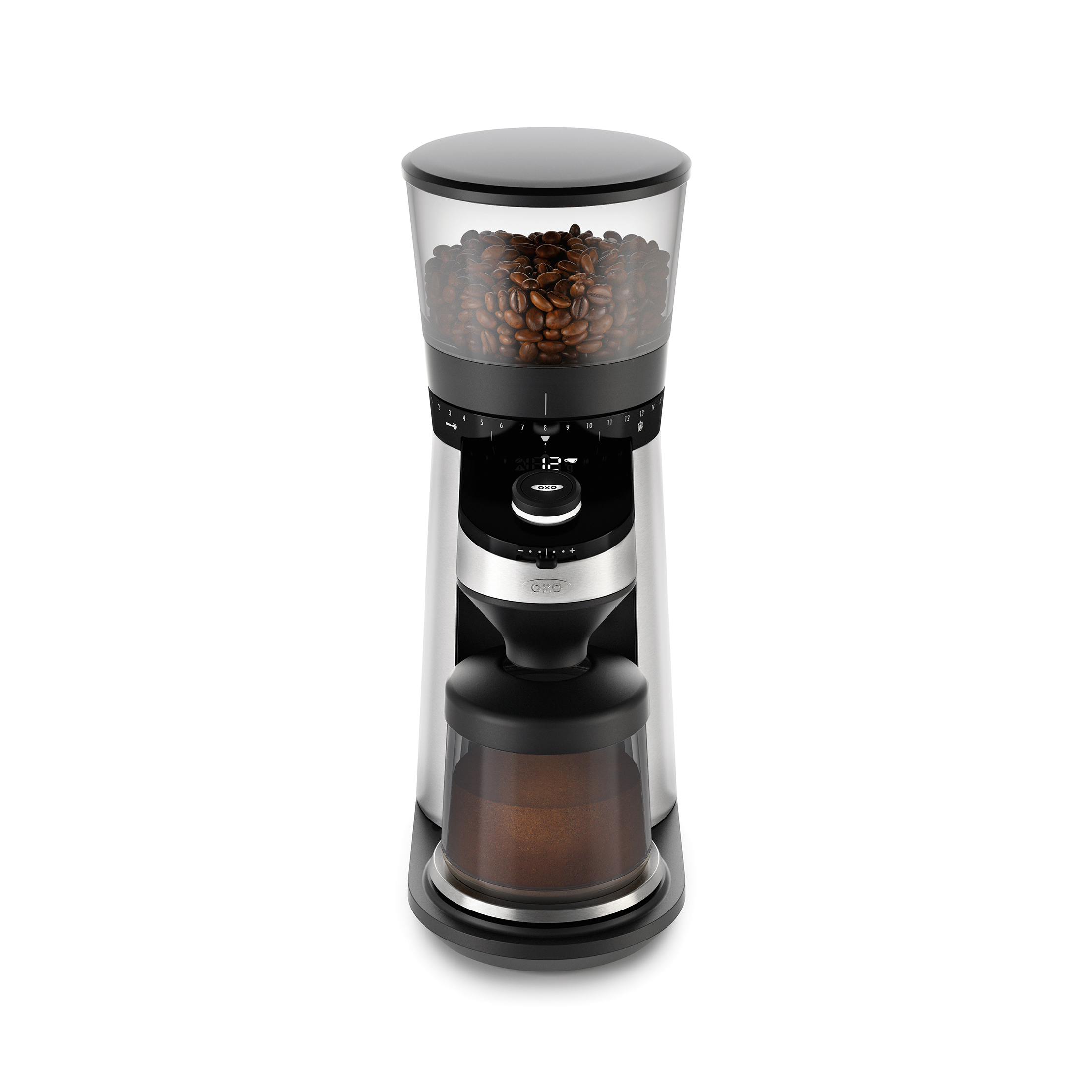 How to Choose a Coffee Maker for Your Wedding Registry

How to Make Great Coffee When You’re Camping

Hello, do you ever email coupons for more than 15% off?
What I’m wanting is not affordable with a 15% off coupon. Thank you