Spiralizers come in handy during the fall, turning root vegetables, like potatoes and sweet potatoes, and fall fruits, such as apples, into colorful spirals that are even more fun to eat—and quicker to cook.

Spiralizers are beloved by salad enthusiasts and raw food eaters: they allow you to quickly and easily turn your vegetables into noodles.  You can use them in casseroles, in lieu of mandolined root vegetables; bake them into cakes; or roast them on their own. Whichever direction you go, you’ll have a bevy of options for your ribbony root vegetables. Here are a few ideas to get you started. Plus, check out even more spiralized veggie recipes.

Spiralizing and roasting root vegetables can serve as an excellent base for salads; just dress them with a tangy vinaigrette and add whatever herbs and crunchy things (and cheese!) you like. Try potatoes and dill with pickled shallots, or this sweet potato recipe from cookbook author Mark Bittman.

makes 4 servings
Adapted from How to Cook Everything Vegetarian by Mark Bittman
In this potato-vinaigrette combo, the red pepper dressing is tart, sweet, and spicy, with a touch of cumin. This is best served warm or at room temperature, though of course you can refrigerate and serve it up to a day later, as long as you take it out of the refrigerator beforehand to take the chill off.

1. Preheat the oven to 385°F. Put the spiralized sweet potatoes on 1 or 2 baking sheets, drizzle with 2 tablespoons of the oil, and toss to coat. Sprinkle with salt and pepper and roast, turning occasionally, until crisp and brown outside and just tender inside, 20 to 25 minutes. Remove and keep on the pan until ready to dress.

2. Make the dressing while the potatoes cook. Put the remaining 6 tablespoons oil in a blender, along with the vinegar, bell pepper, cumin, and zest if you’re using it. Sprinkle with a little salt and pepper. Purée until smooth.

3. Toss the warm potatoes with the scallion, mint, chiles, and raisins if you’re using them. Add ½ cup of the dressing and toss to coat, adding more if necessary. Taste and adjust the seasoning. Serve immediately or at room temperature.

A spiralizer will also make your latke process a whole lot easier since you avoid all the shredding and the endless, messy squeezing out of water. Plus a spiralized latke adds an exciting texture to your run-of-the-mill potato pancakes. Add in another vegetable, as with this zucchini-potato recipe, or use a mix of potatoes, or go for the classic. And don’t forget the creme fraiche or sour cream for serving! (If you have a waffle maker, you can also press your latkes in there for extra crunch.) Plus, get more tips for making and serving crispy latkes.

makes 4 servings
Adapted from Comfort Food Fix by Ellie Krieger
You can enjoy this greaseless version of potato pancakes any time the craving hits. Making the two–bites–sized pancakes allows them to crisp beautifully on the baking tray while the zucchini lightens them and adds lovely flavor and color. They are perfect as a side with roasted meat, but you can also serve them as an upscale appetizer with a dollop of crème fraîche and some caviar.

1. Preheat the oven to 400°F. Coat a baking sheet with cooking spray.

2. Heat the oil in a large skillet over medium heat. Add the onion and cook, stirring, until softened and golden, about 5 minutes. Remove from the heat and allow to cool completely.

3. Roughly chop spiralized potato and zucchini into small pieces. Place the spiralized potato and zucchini in a kitchen towel or cheesecloth, and twist over the sink to squeeze out as much liquid as possible. Transfer the zucchini and potato to a bowl. In a small bowl, beat together the eggs and egg whites to combine. Add the eggs, onion, lemon juice, flour, salt, and pepper to the zucchini-potato mixture and stir until well combined.

4. Heat the prepared baking sheet in the oven for 3 to 5 minutes until hot, but before the oil begins to smoke. Remove the baking sheet from the oven and immediately begin to make the pancakes and place them on the tray. Use about 2 tablespoons of batter for each, forming it into a flat, 2-inch pancake. You should wind up with 16 pancakes.

5. Bake until the edges begin to crisp, 7 to 8 minutes. Remove from the oven, spray the tops of the pancakes with cooking spray, and flip the pancakes. Bake until browned and crisp, about 5 minutes more. If you prefer, you can cook this batter in a waffle iron until done.

Make your traditional apple cake a little loopier with spiralized Granny Smiths; this will prevent the cleaving of apple chunks and cake that often befalls more traditional spiced cakes. This recipe pulls together the classic combination of fall spices, topped with a cream cheese-maple frosting—you really can’t go wrong. Plus, get more amazing dessert ideas.

makes 12 servings
Adapted from The Cake Book by Tish Boyle
As this cake bakes, it will fill your house with the warm scent of cinnamon, ginger, cloves, and sweet baked apple. It is a moist, unpretentious cake, perfect as a simple fall dessert or snack.

1. Position a rack in the center of the oven and preheat the oven to 350ºF. Grease the bottom and sides of a 9-inch square baking pan. Dust the pan with flour.

2. In a medium bowl, whisk together the flour, baking powder, cinnamon, cloves, ginger, baking soda, and salt; set aside.

3. In the bowl of an electric mixer, using the paddle attachment, beat the butter at medium speed until creamy, about 1 minute. Gradually add the sugar and beat at medium-high speed until well blended and light, about 2 minutes. Add the vanilla extract, then add the eggs one at a time, beating well after each addition and scraping down the sides of the bowl with a rubber spatula as needed. Reduce the speed to low and add the flour mixture in three additions, alternating it with the buttermilk in two additions and mixing just until blended. Remove the bowl from the mixer stand and stir in the apples and walnuts.

4. Scrape the batter into the prepared pan and smooth the top. Bake the cake for 25 to 30 minutes, until it is golden and a toothpick inserted into the center of the cake comes out clean. Cool the cake completely in the pan on a wire rack.

5. Frost the top of the cooled cake with the maple frosting. Cut the cake into squares and serve it directly from the pan.

In the bowl of an electric mixer, using the paddle attachment, beat together the cream cheese and butter at medium speed until smooth. Beat in the vanilla and maple extracts, spices, and salt. Reduce the speed to low, add the confectioners’ sugar, and beat until well blended. Raise the speed to high and beat until light and creamy, about 2 minutes. 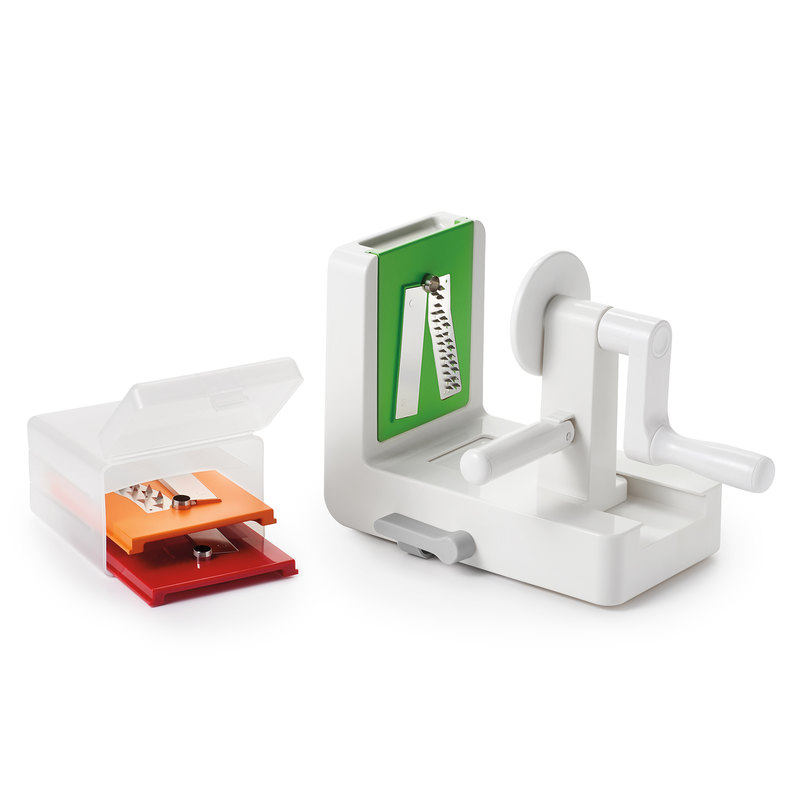 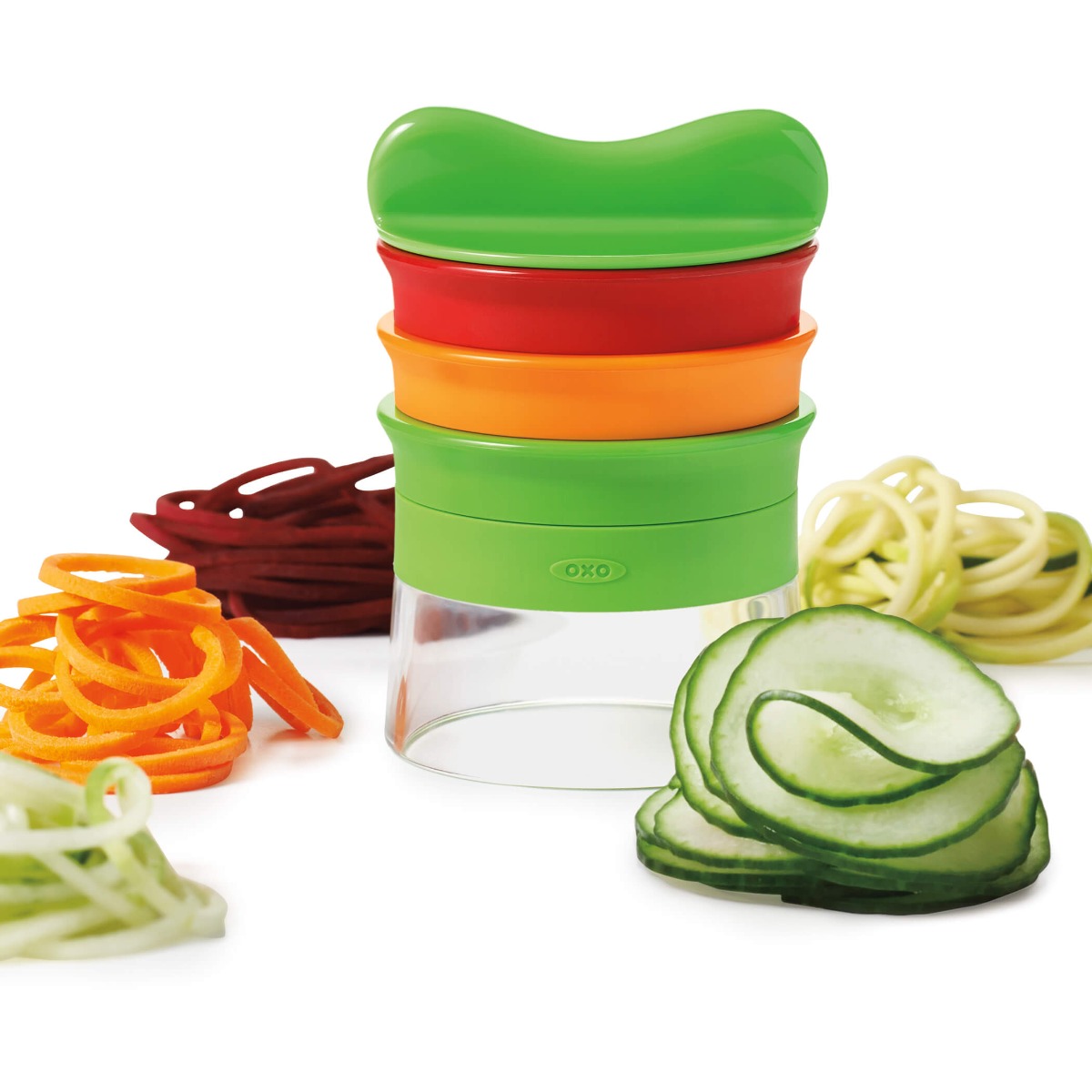 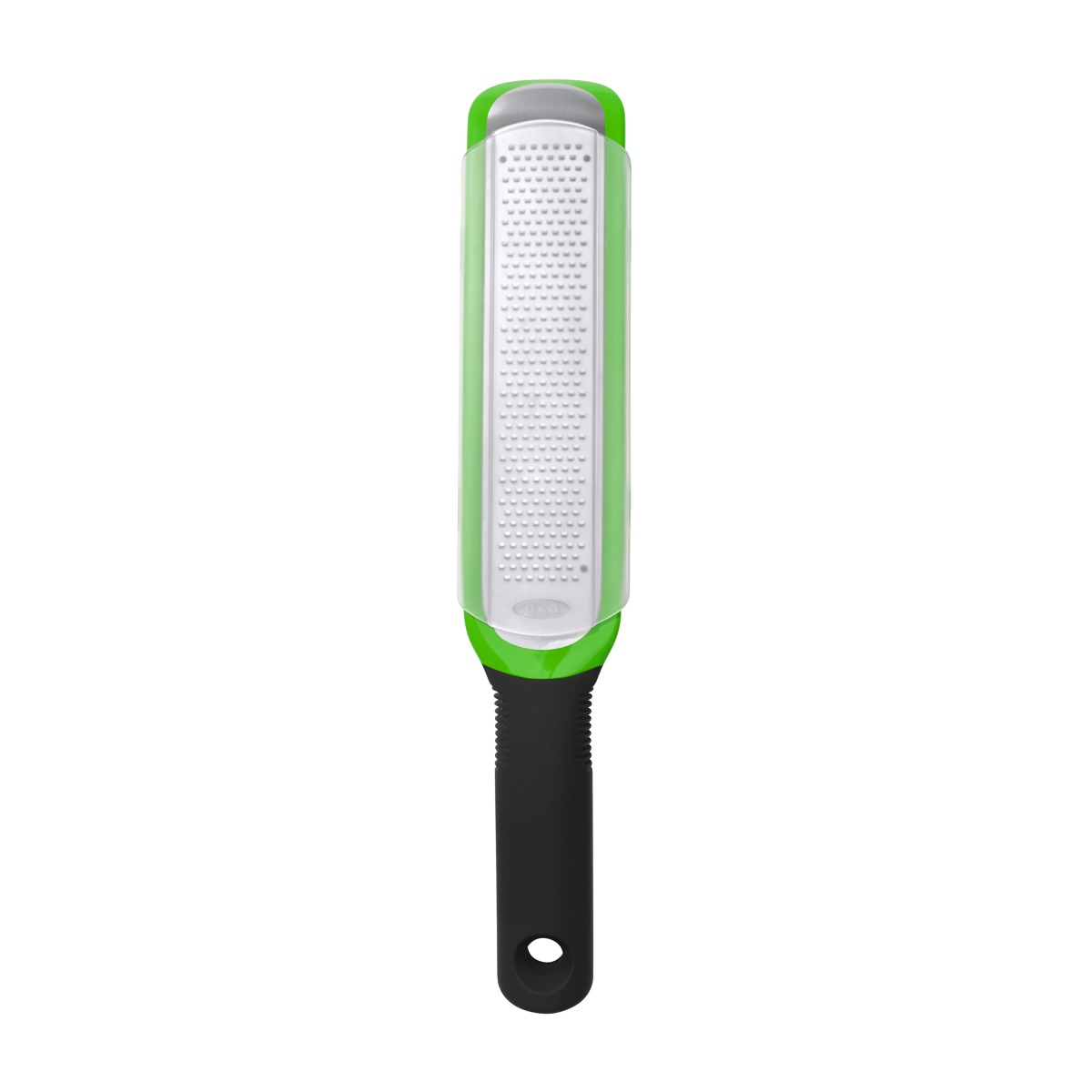 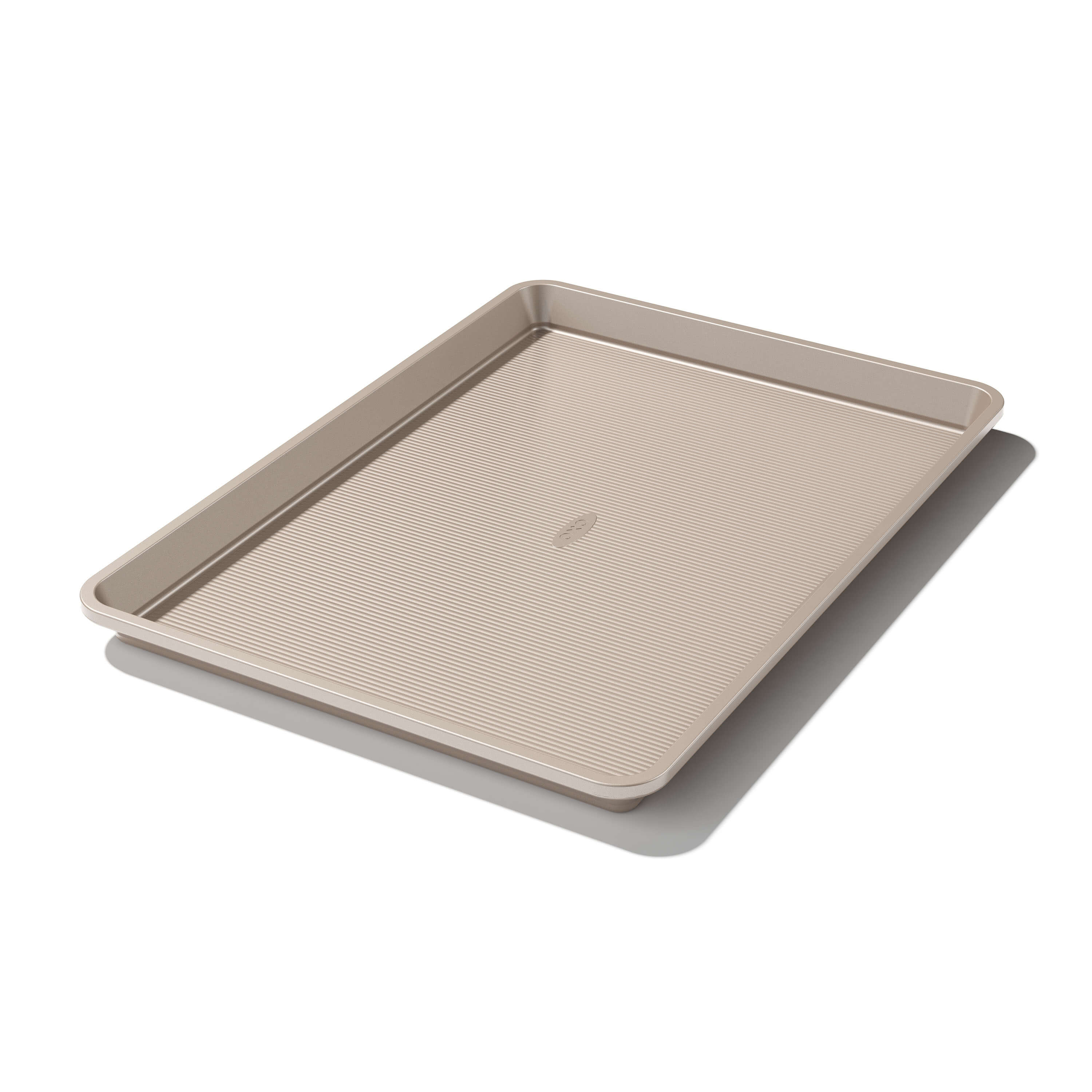 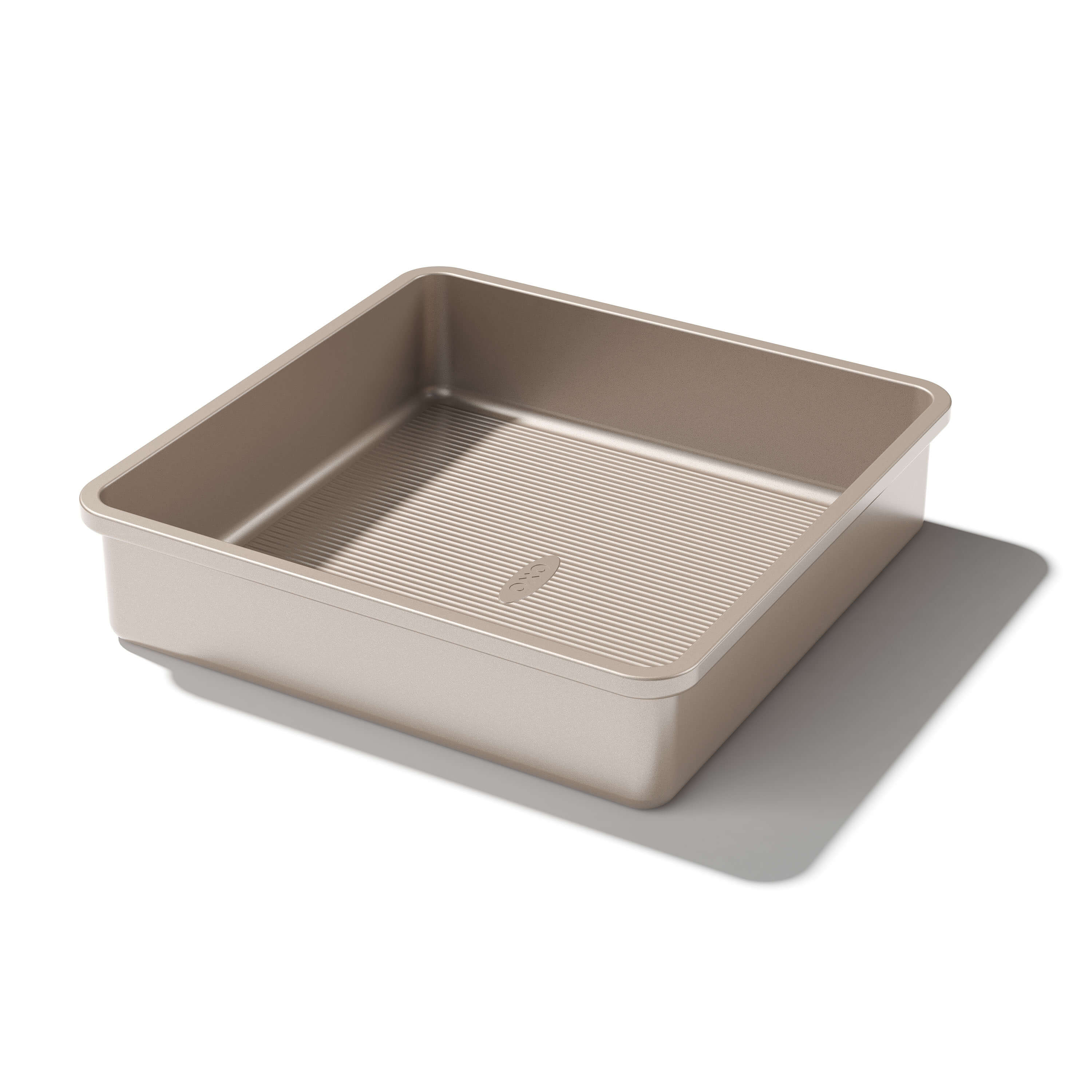 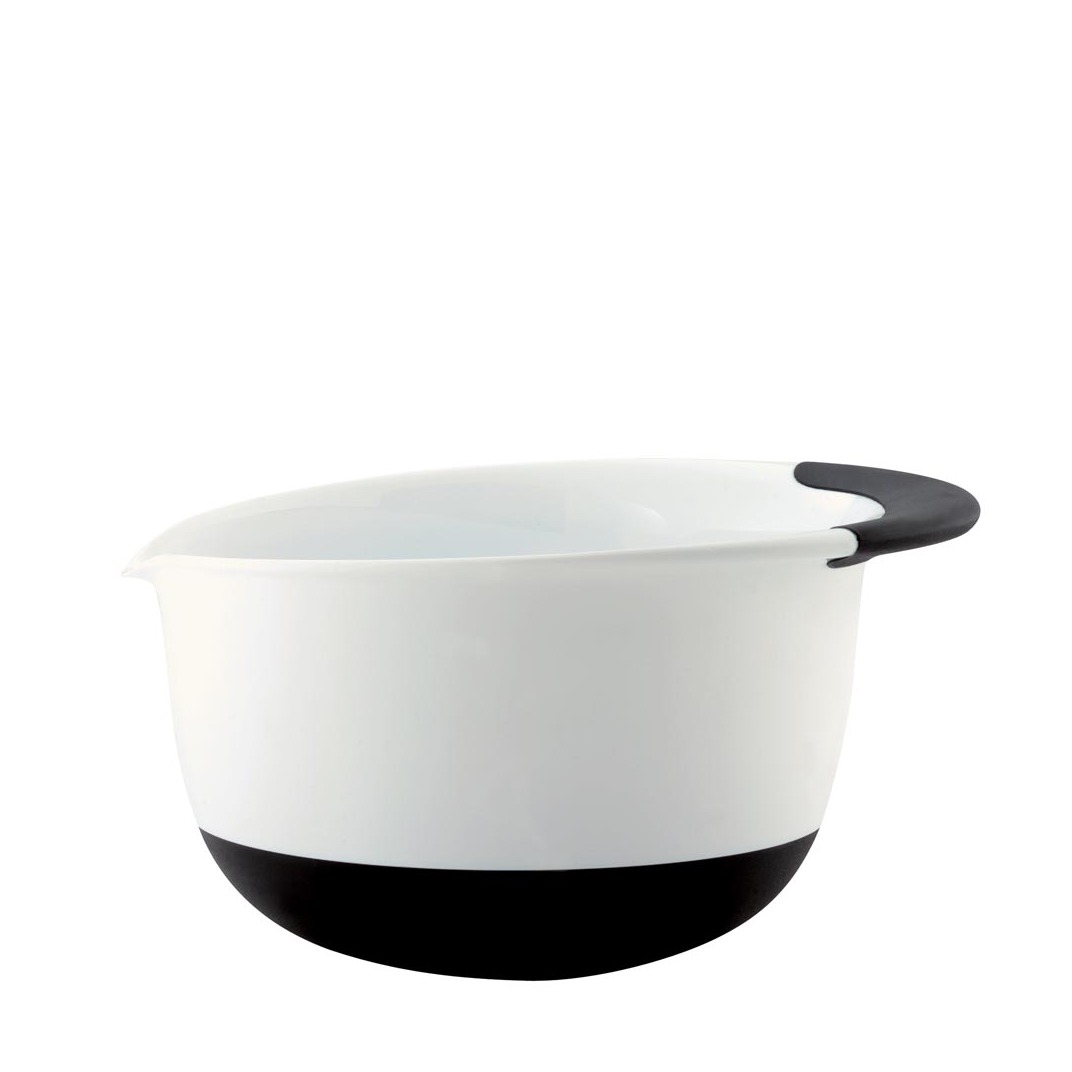 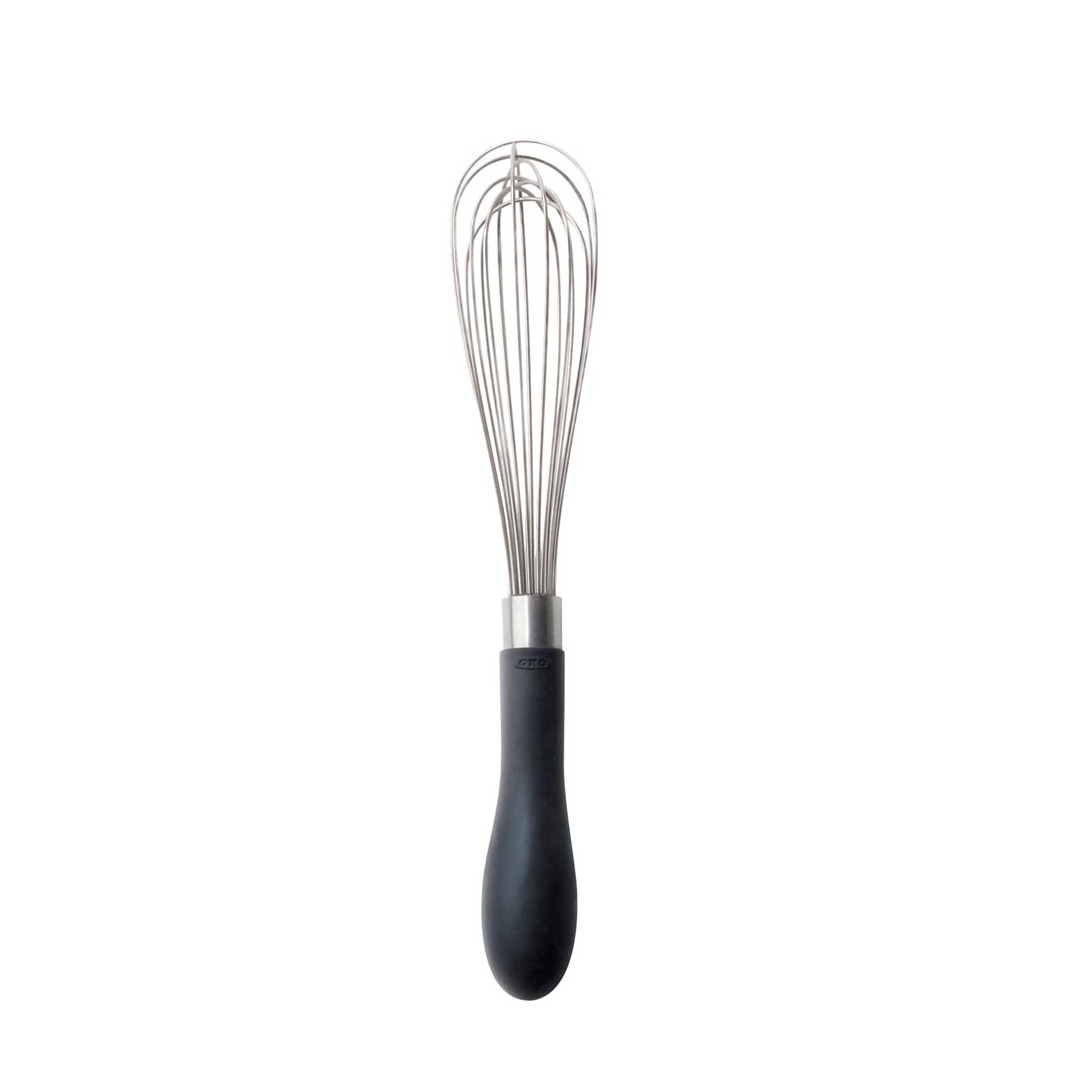 Marian Bull is a freelance writer for OXO, an editor, and cook living in Brooklyn. Her work has appeared in Lucky Peach, Saveur, Bon Appétit, The New Republic, and BuzzFeed. She hates apricots.

Easy One-Pot Meals to Make in a Carbon Steel Pan

Your Complete Guide to Choosing Cookware